Black History Month: Who was this Jamaican Government Clerk who became an LSBU Alumna? 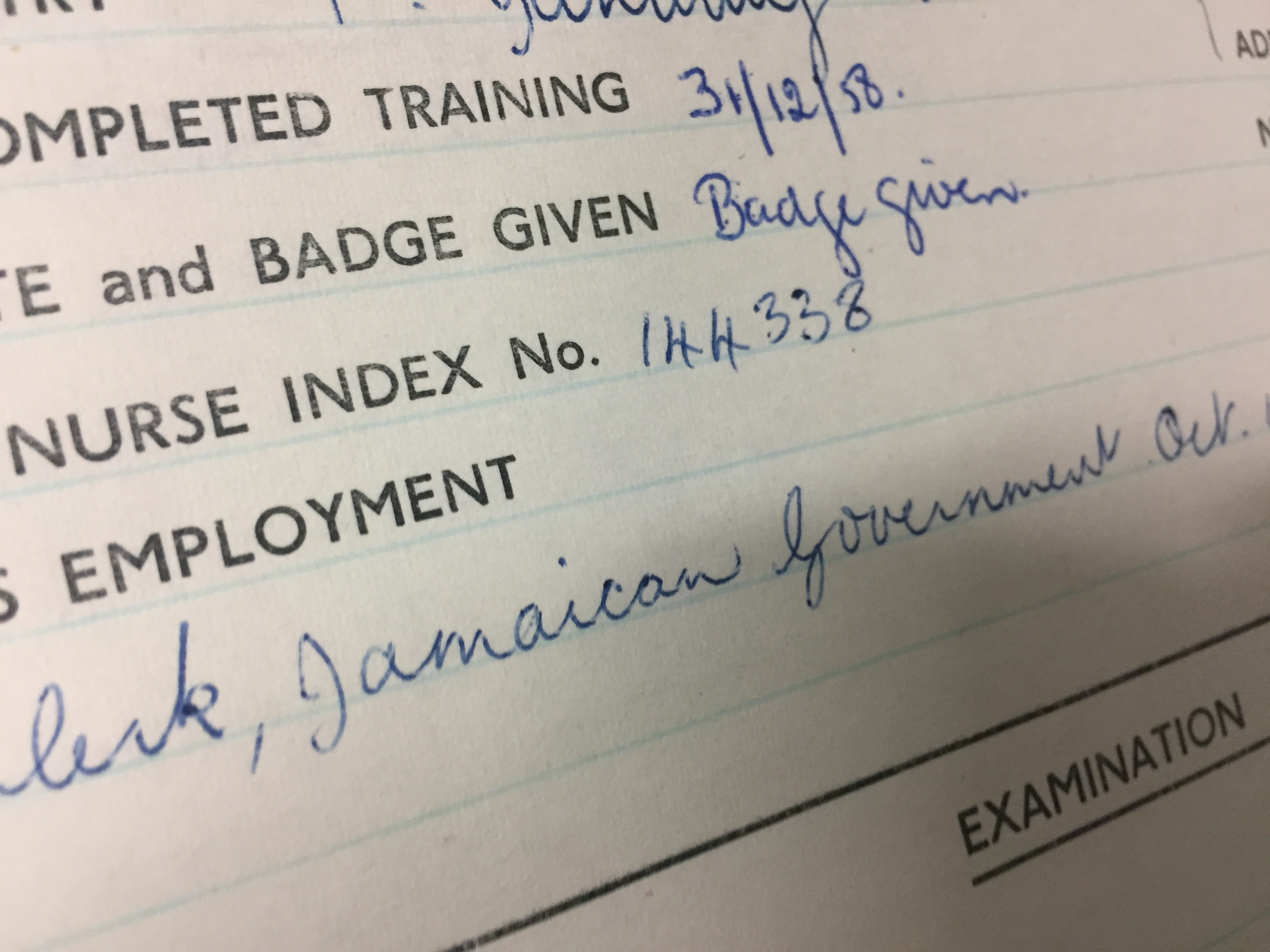 This image is a snippet from the Wanstead Hospital Student Nurses Record of Training. The training carried out at Wanstead Hospital later became part of Redwood College of Health Studies, which joined LSBU in 1994 and was a predecessor of our Havering Campus. Wanstead Hospital was in Snaresbrook, quite close to Whipps Cross Hospital, and it closed in 1986, but the nursing training registers in the University Archives cover from 1946 to 1963. 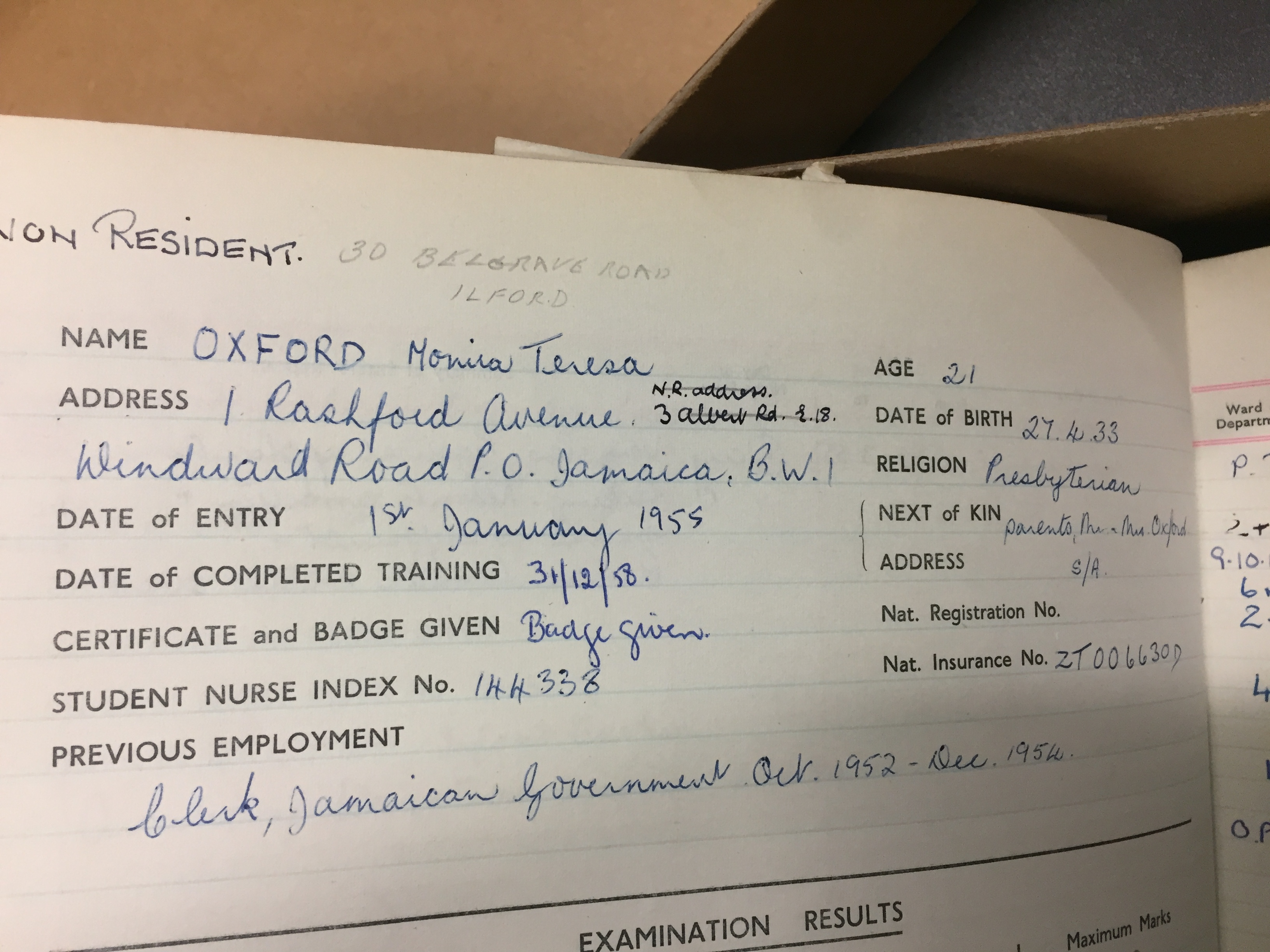 The student here is Monica Oxford, who came to London in 1954 to start her nursing course at Wanstead in January 1955. A passenger list for the Ascania (held by The National Archives) shows that she arrived in December 1954 on a voyage from New York, and her proposed address is given as Wanstead Hospital. She was 21, and before leaving Jamaica she had been working as a clerk for the Jamaican Government for two years – the end date of her job is December 1954, so she presumably worked almost right up until she sailed.

Records of Training are exactly as the name suggests – they list the courses taken, marks achieved and ward placements. There are also comments from the Matron in charge on the student, these are not always positive! However, in Monica’s case the comments describe her as “Good, reliable, intelligent worker throughout training. Pleasant quiet manner. Good staff manager”. The comments on her different ward placements are also positive, including the first comment (not pictured) which says she “should do well”. The image below is the full first page of her record. 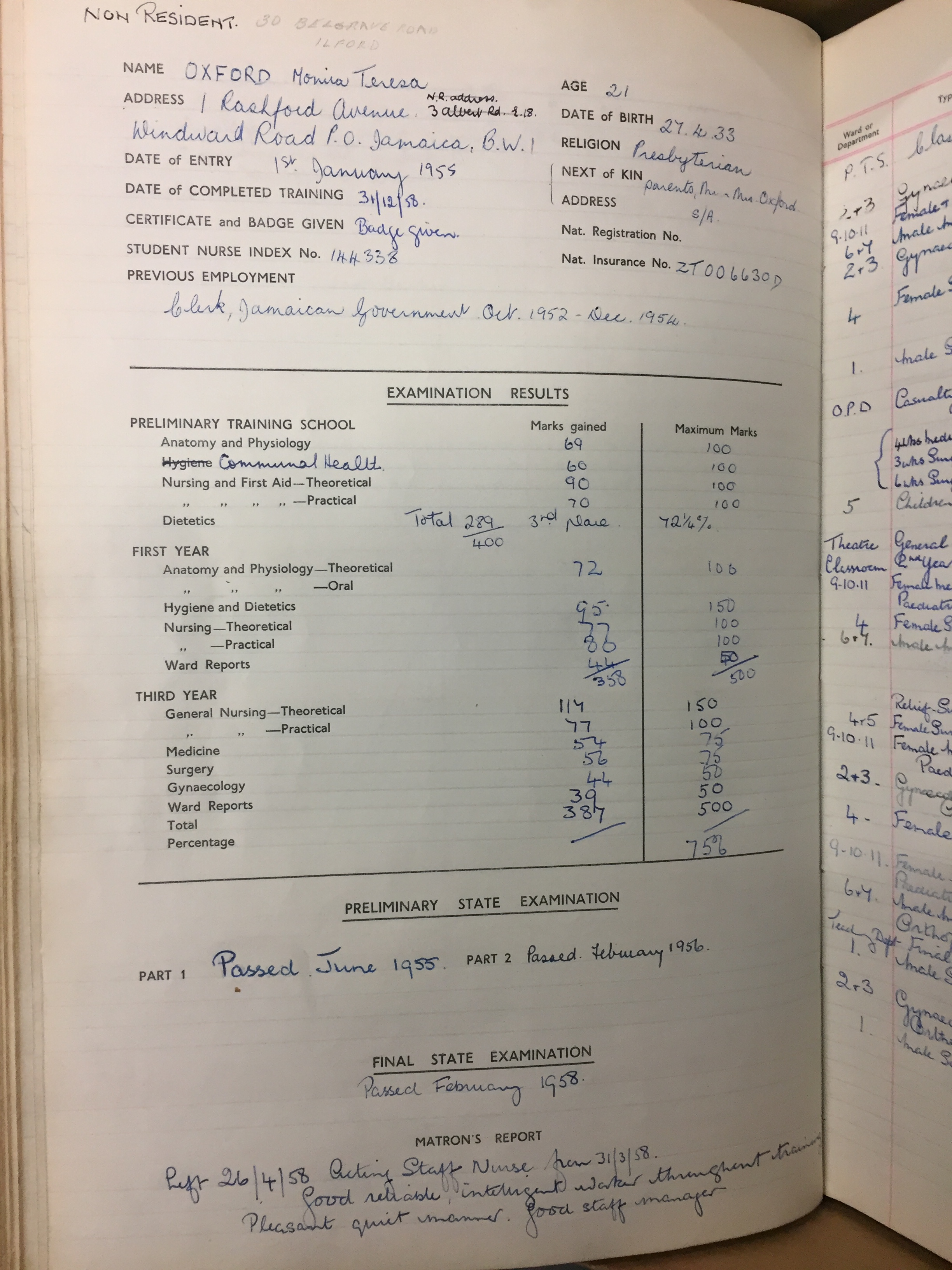 Monica later married a fellow Jamaican and they lived in London for a few years before returning to Jamaica. She died in 2012.

The register for students starting in 1955 include several other trainee nurses from Jamaica, as do other years. It can be hard to trace BAME students through the records in the University Archives, as often we just have a name and no other information but these registers tell us where students came from which can help us to find out a little more using other sources. Due to data protection, this register is not available for public consultation as many of the students in it are still alive, but if you have any questions then please do contact archives@lsbu.ac.uk