Coping in a Crisis: The Borough Polytechnic and the Second World War

These are challenging times for everyone, not least LSBU, but as an institution that has been around since 1892 we have faced challenging times before. Admittedly, none of them were quite like the current situation and we don't want to draw lots of potentially unhelpful parallels, but the Archives thought it would be a good time to look back at some of the difficult circumstances the university has gone through in the past. This in itself is a little bit of a challenge, as not all the information is available without physical access to the archives so we're going to have to ask you to be forgiving if we're a little bit vaguer than usual!

During both the First and Second World Wars, many staff and students of the Borough Polytechnic (fore-runner of LSBU) signed up for the Forces but just as many were active in a range of ways at home. We'll go into these another time, as today we want to look at how the Polytechnic reacted to one of the well-known dangers of the Second World War - bombing. There is lots of information out there on London during the Blitz, not least the amazing book of London County Council Bomb Damage Maps. If you can get hold of a copy of this at some point, then do. Maps were coloured in to show the damage done, colour-coded to demonstrate the level of damage, and they are an incredible visual demonstration of what happened to London during the War. There isn't a copy in the Perry Library, but there should be a copy available for reference in the Southwark Local History Library & Archives when they re-open. This particular copy belongs to the archivist, for purely geeky history reasons.

If you look at the photo of the map above, then you can see that it shows the site of the Southwark Campus of LSBU. Campus at this date was only the Borough Road building, which had been extended in the 1930s. You can see that it has some red/pink squares on the building, that means that it was bomb-damaged to an extent marked as "serious, repairable at cost". The building was actually hit twice, once on 30th September 1940 and then again on 11th May 1941, and later by incendiary bombs which caused less damage. The September 1940 bomb hit the Edric Hall and damaged the classrooms around it. In May 1941 it was the woodwork shop and the well area behind where the library was that were damaged -  - the photographs underneath show the damage to both the Hall and the well area. On both occasions, disruption to the work of the Polytechnic was surprisingly minimal - classes were up and running again within days. The minutes of the Board of Governors merely note that the bombing has happened and that classes have restarted. 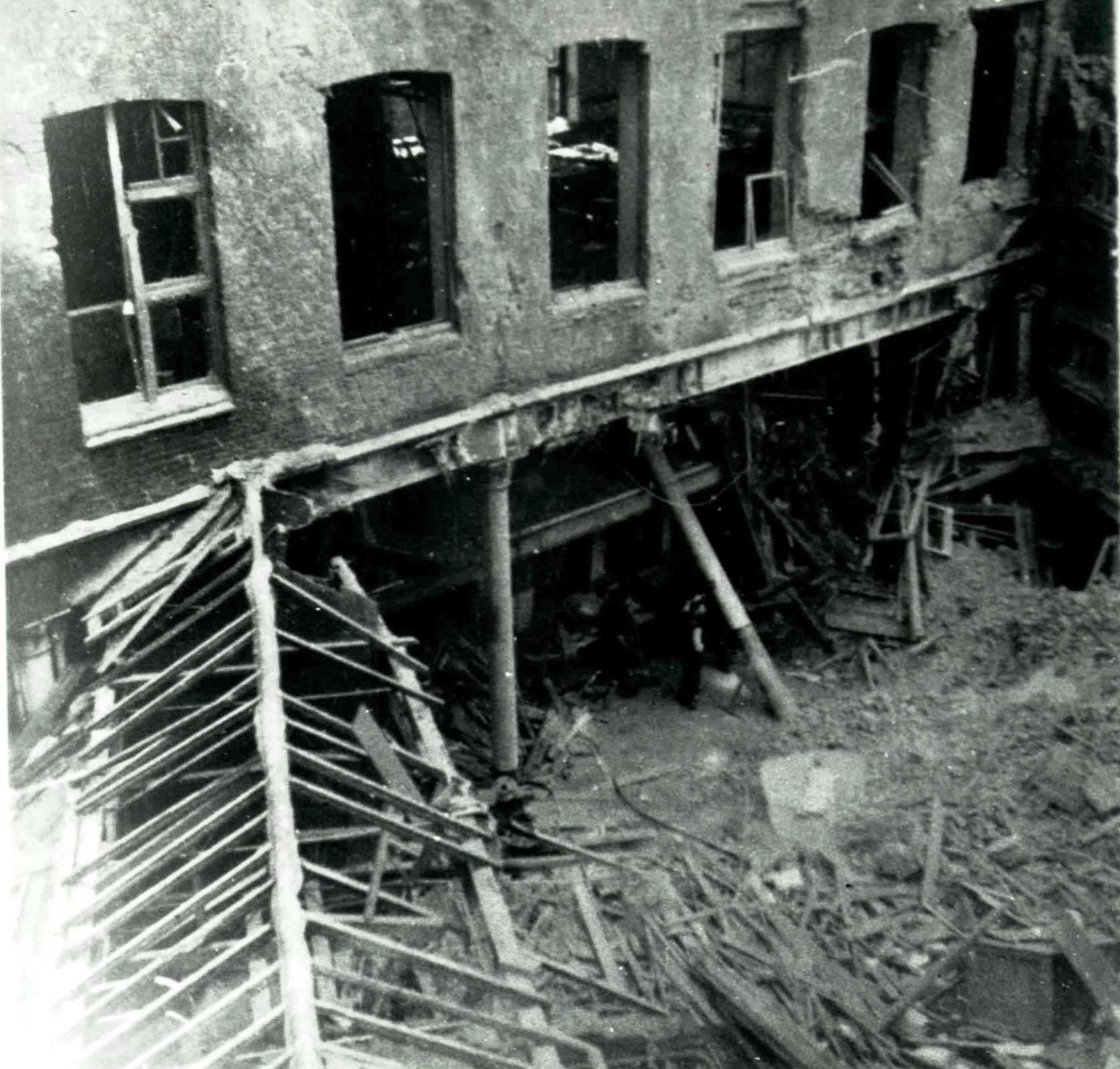 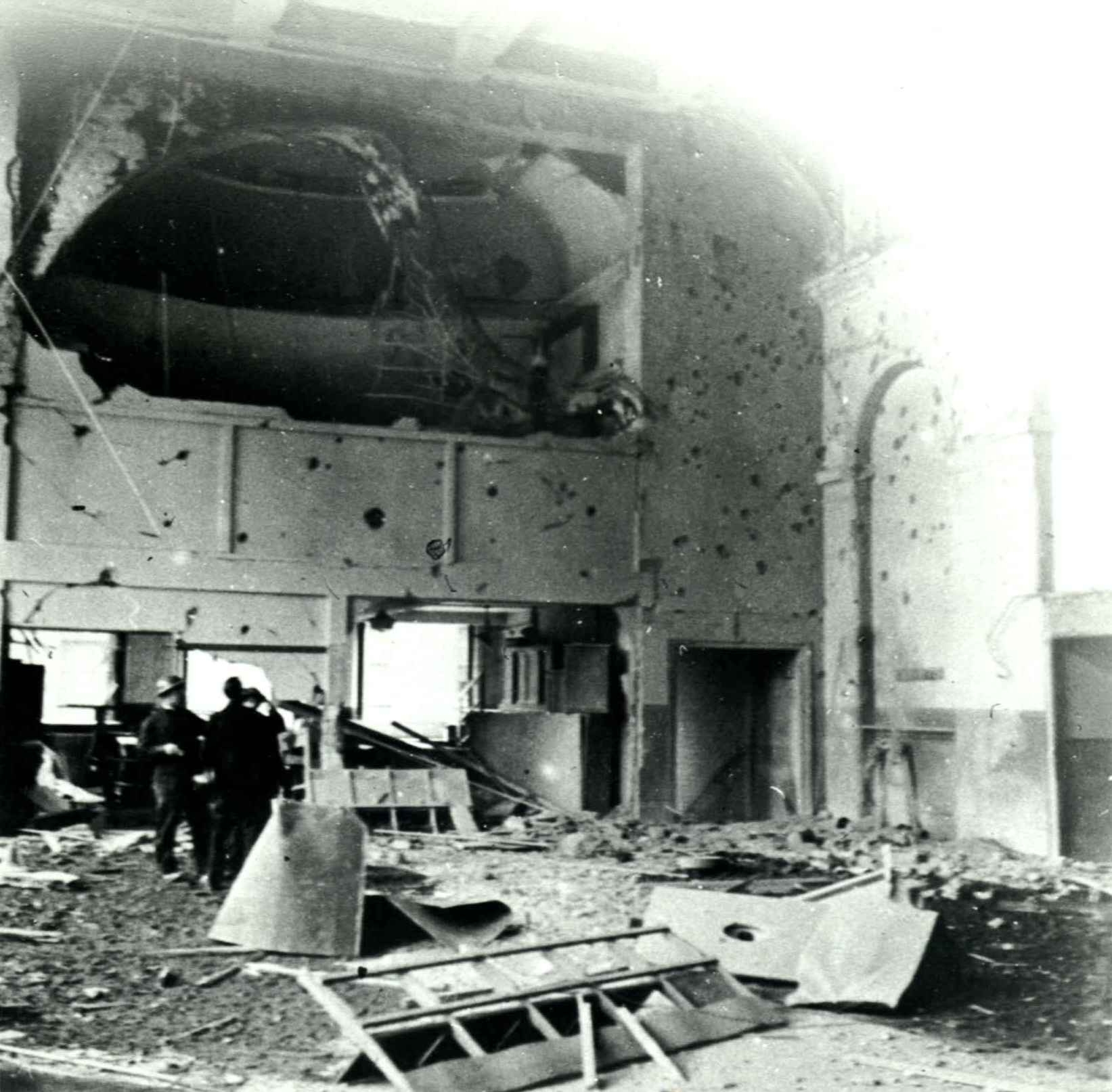 The damage done took longer to be repaired though - the library did not have a permanent home again until the mid-1950s (there is a 1956 report that mentions it has not long re-opened, the exact date will have to wait until full access to the archives is restored). There is a file of correspondence which lists all the repairs needing to be done and claimed for, which is extensive. Unsurprisingly, it includes a lot of replacement windows!

If you zoom in on the 1950s map of the area which you can find here then you can see that what is now the site of Technopark was still a ruin in the mid-50s. There is also a cleared area on Newington Causeway, underneath what is now the Perry Library. That site was bombed and the cleared area was formerly housing. After the war it was used as a car park, right up until the Perry Library and Skipton House were built on the site. If you look at this 70s aerial photograph, you can see where the car park was, and a rather green looking wasteland waiting for Technopark. The rest of the campus area looks very different to today! 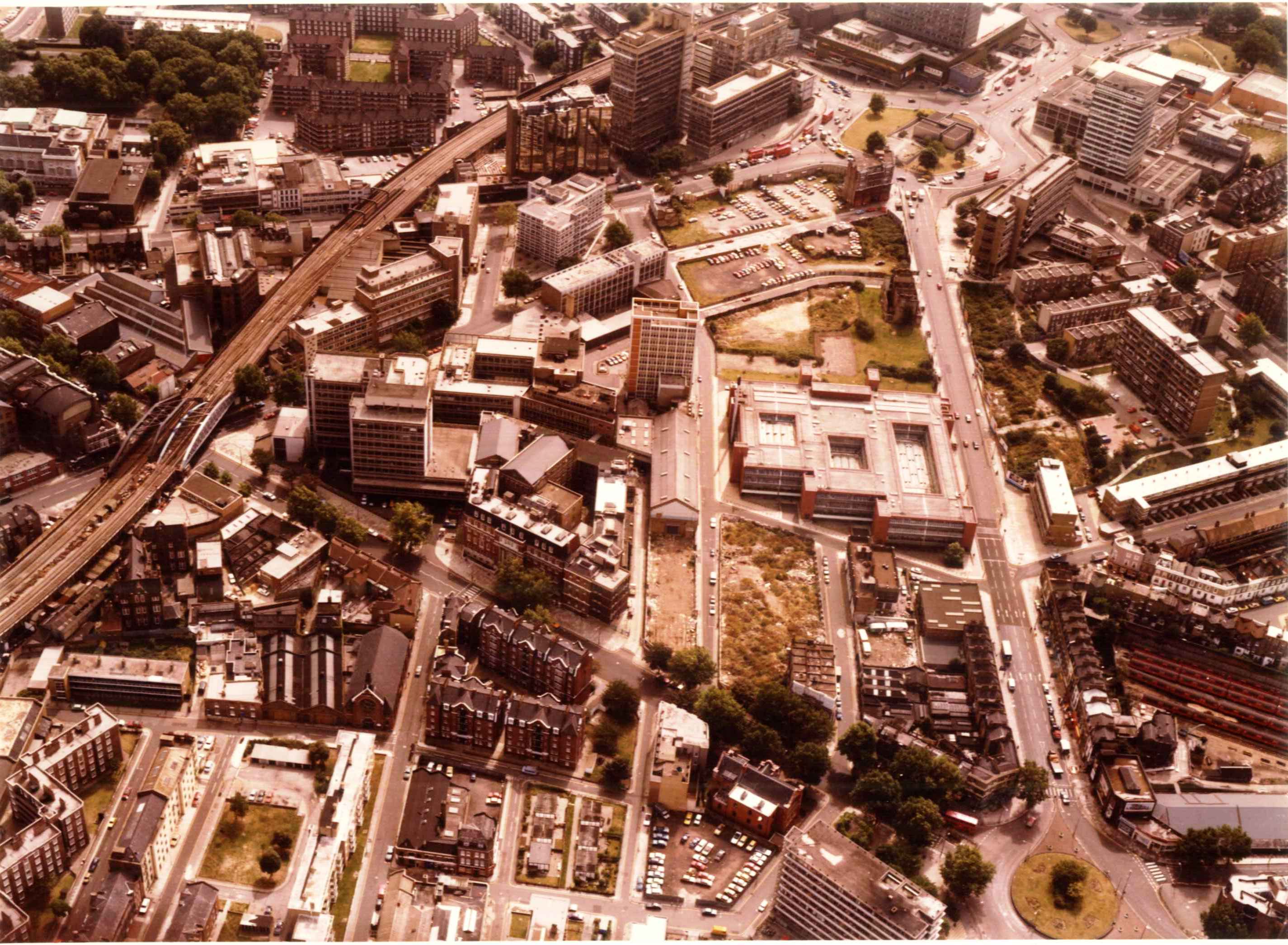