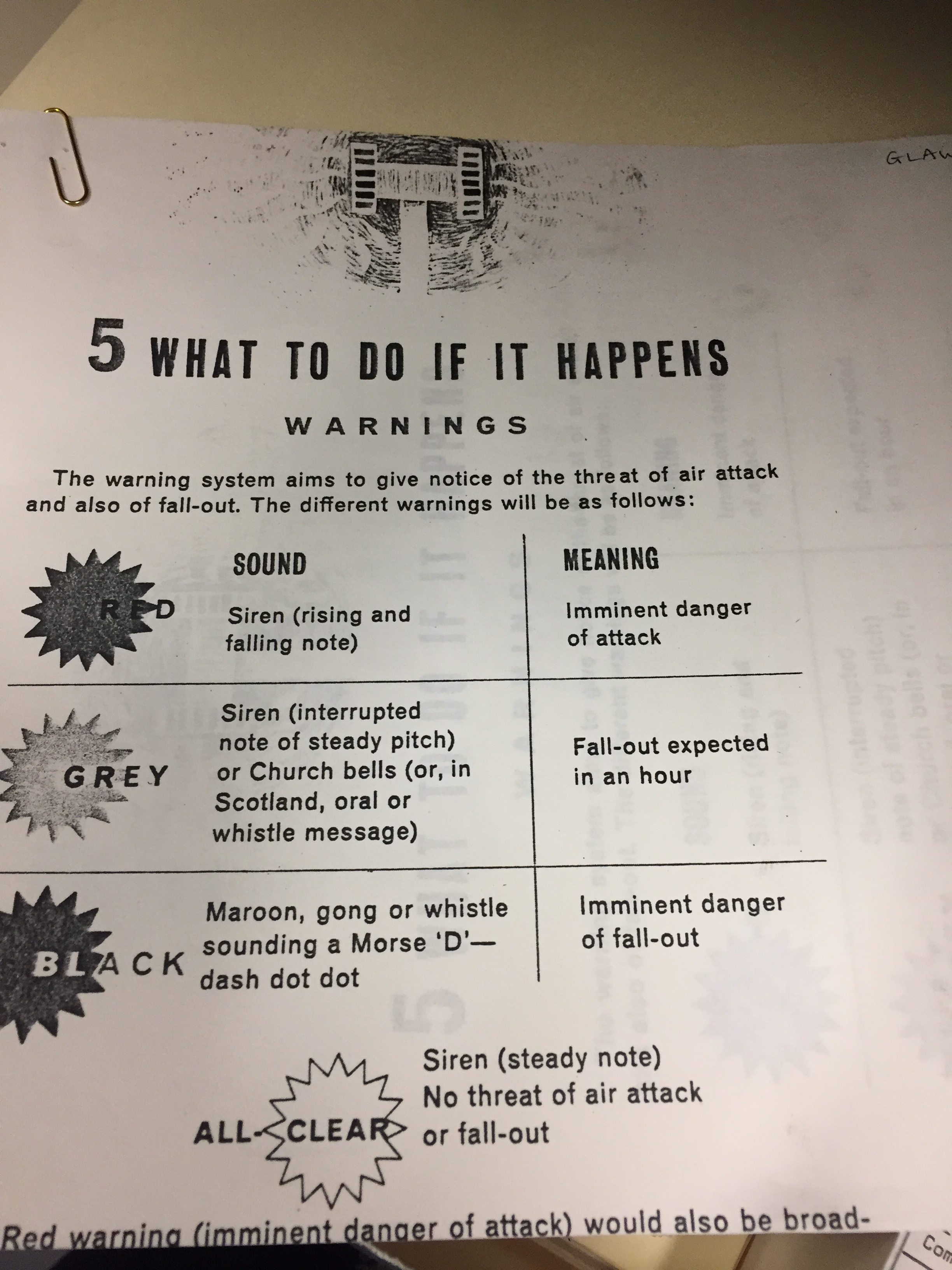 We’ve been thinking about writing a few blog posts highlighting some of our collections, and had decided to start with the GLAWARS collection (Greater London Area War Risk Study), which has since proved very topical!  The National Archives have just opened a new exhibition on the Cold War (Find out more about it here), and just before I started writing this blog post a researcher in nuclear history came to consult some of the files we hold.  So, what is GLAWARS and what do the archives contain?

Many people are familiar with the Protect and Survive booklet, produced by the UK Government in 1980, when Cold War fears of nuclear attack were at their height.  In 1983 the Greater London Council was asked to draw up civil defence plans for London, but when it asked the Home Office for more information about the potential scale of a nuclear attack on London the information was refused.  As a result, the Greater London Area War Risk Study (GLAWARS) was commissioned to research the effects of an attack on London and Londoners – covering how London would cope, what would happen to people who lived here, food, infrastructure, housing and hospitals.

South Bank Polytechnic (now LSBU) was commissioned to carry out the research, although in practice most of it relied on experts from outside the Polytechnic.  Records from the study are in the University Archives, including guidance from the Home Office, outlines of the research required and the final report – “London Under Attack”.

Many of the files are, to be honest, somewhat terrifying.  In a similar vein to “Protect and Survive” they have the instructions for what to do in the event of a nuclear attack, as well as the preparations that London councils had made.  The research materials in the collection include booklets called “The Management of Mass Casualties” and “What to do if Nuclear War Happens”, as well as a survey of Londoners’ attitudes toward nuclear attack and preparations.  There is also the document in the image on the right below, reassuringly titled "Planning for Armageddon". 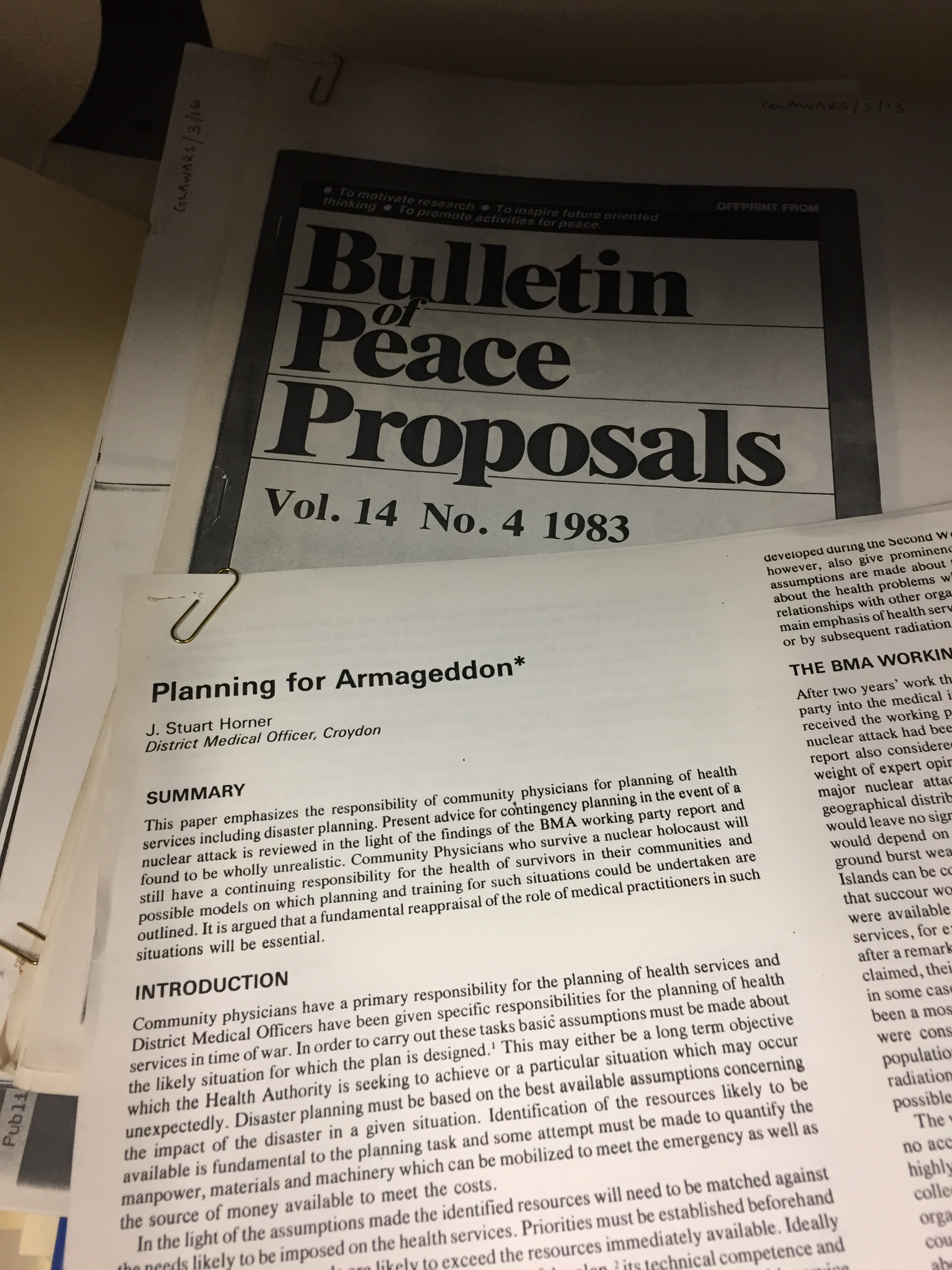 The final report is nearly 400 pages on London’s readiness for war, an outcome which the report considered to be “very unlikely” – although the scenarios spelt out in are devastating.  There are chapters on the health and psychological effects, how buildings and infrastructure would be impacted and the speed of recovery, as well as deaths and injuries.  The recommendation was an improvement in Civil Defence and building the trust of the public in any Civil Defence force.  The report was designed to provide background for London’s Civil Defence Planners, rather than to create a plan for how London could deal with a nuclear attack.  We don’t have a lot of information on how it was used, but it makes for a fascinating and somewhat chilling archives collection. 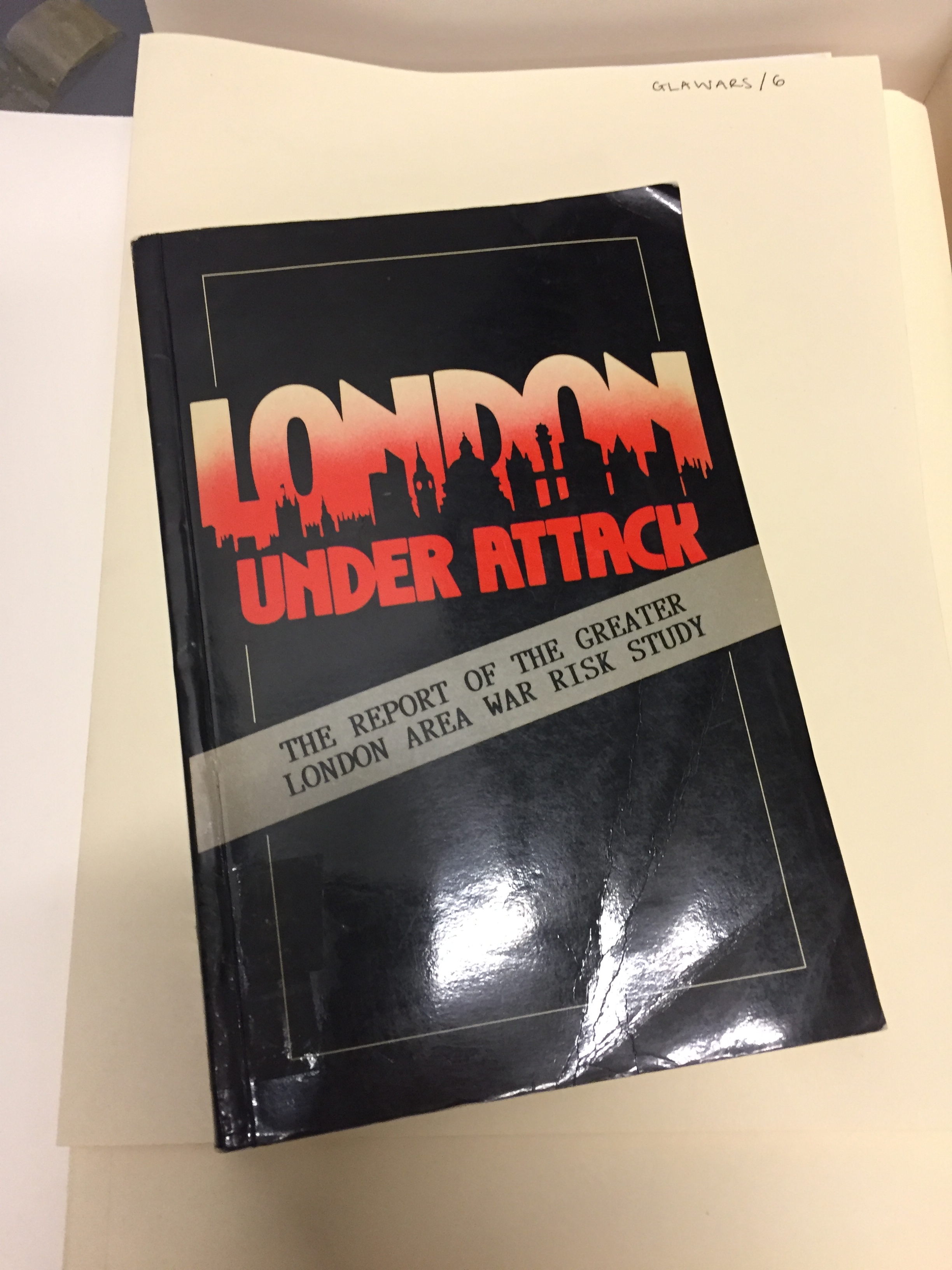