International Women’s Day is the 8th of March, so we thought we would look at a file in the University Archives which shows how much things have changed for women in the workplace and in education generally.

In 1914, a woman named Lily Court came to work for the Borough Polytechnic, in the Technical Day School for Girls.  At the time, the Polytechnic (now LSBU) ran two schools which trained secondary school age students for employment – at the time the school leaving age was 13, and many people didn’t go on to secondary school – the Technical Day School for Girls and the Technical Day School for Boys.  The Girls’ School was focused on industries such as dressmaking, laundry and home cookery, whilst the Boys’ School covered Engineering, Printing and Bookbinding.  Both schools taught Maths and English, but the girls were expected to attend for one year if they were studying Domestic Economy or two if they were studying a trade, while the boys were expected to attend for a minimum of three years.

Lily Court taught machine embroidery, which she was well qualified for as her previous jobs included being the Head Machinist at a New Bond Street dressmaker and Head Embroideress at another.  She also ran a class at the West Central Club teaching embroidery.  On getting the job her salary was £100 a year, which was around 23 shillings a week and therefore slightly above average salary, even though she was only 23.  Her employment file (which is how we know anything about her) tells us very little about the next 9 years, other than a copy of her teaching timetable and a reminder that she needed to do the register for each class. Lily’s working life changed in 1923, when she wrote to the head of Polytechnic to say that she was getting married and would it be necessary for her to resign her position 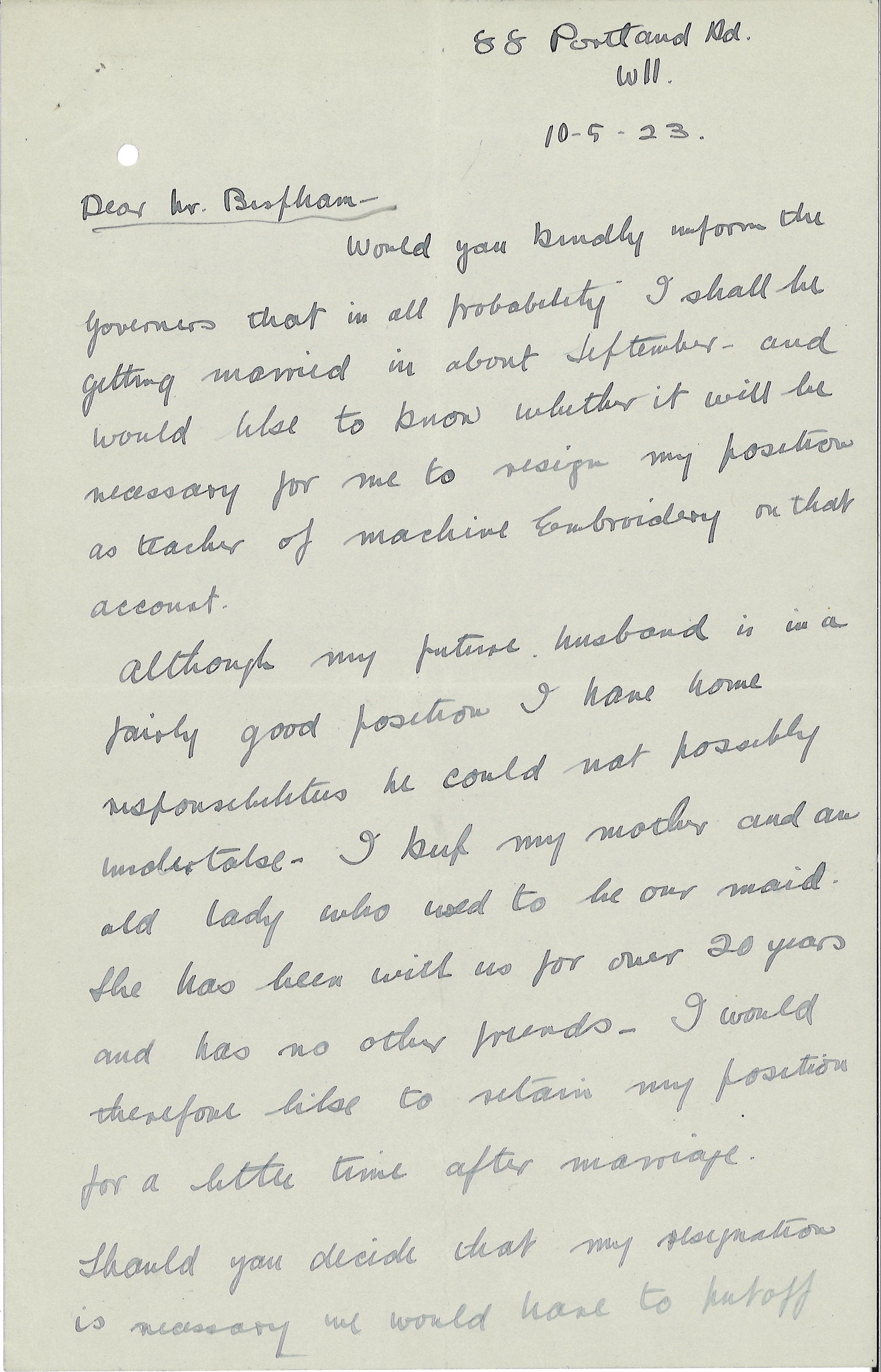 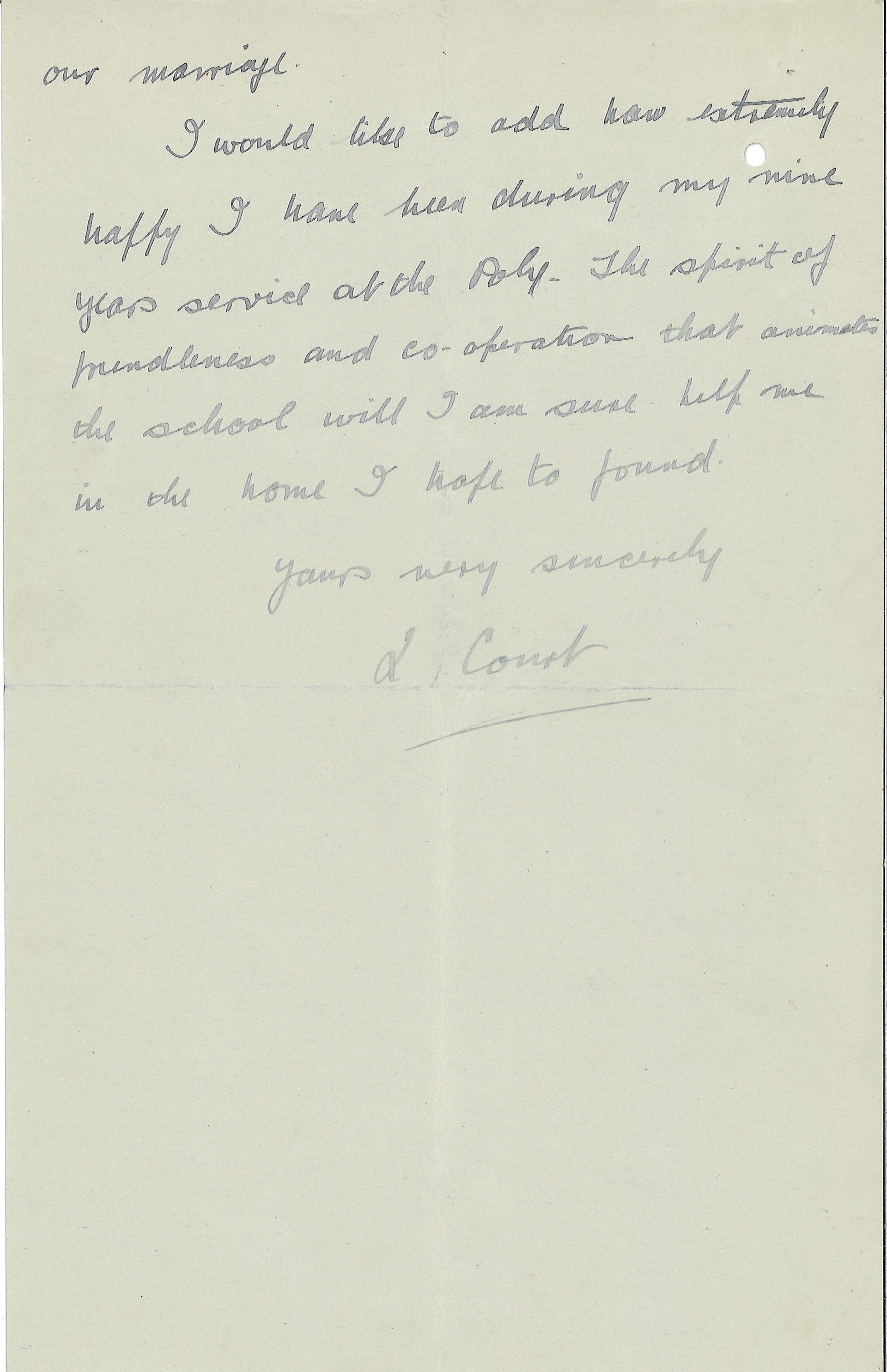 The Education Committee of the Polytechnic decided that it was necessary for Lily to resign, although they generously gave her an extra term of teaching after her marriage.  Although the 1919 Sex Disqualification Removal Act said that “A person shall not be disqualified by sex or marriage from the exercise of any public function, or from being appointed to or holding any civil or judicial office or post, or from entering or assuming or carrying on any civil profession or vocation” this did not cover teaching and it was up to the Polytechnic to decide whether to apply a marriage bar or not.  This meant that it was perfectly legal for Lily to be asked to resign.

So in January 1924, Lily resigned.  The letter acknowledging her resignation commented on the high quality of her work – even though that obviously wasn’t enough for them to decide to let her stay after marriage.  The governors even congratulated her on the cause of her resignation, despite the fact that Lily had hoped to stay on.  Ironically, they had to get her to stay an additional fortnight because no replacement had yet been found to cover her job. 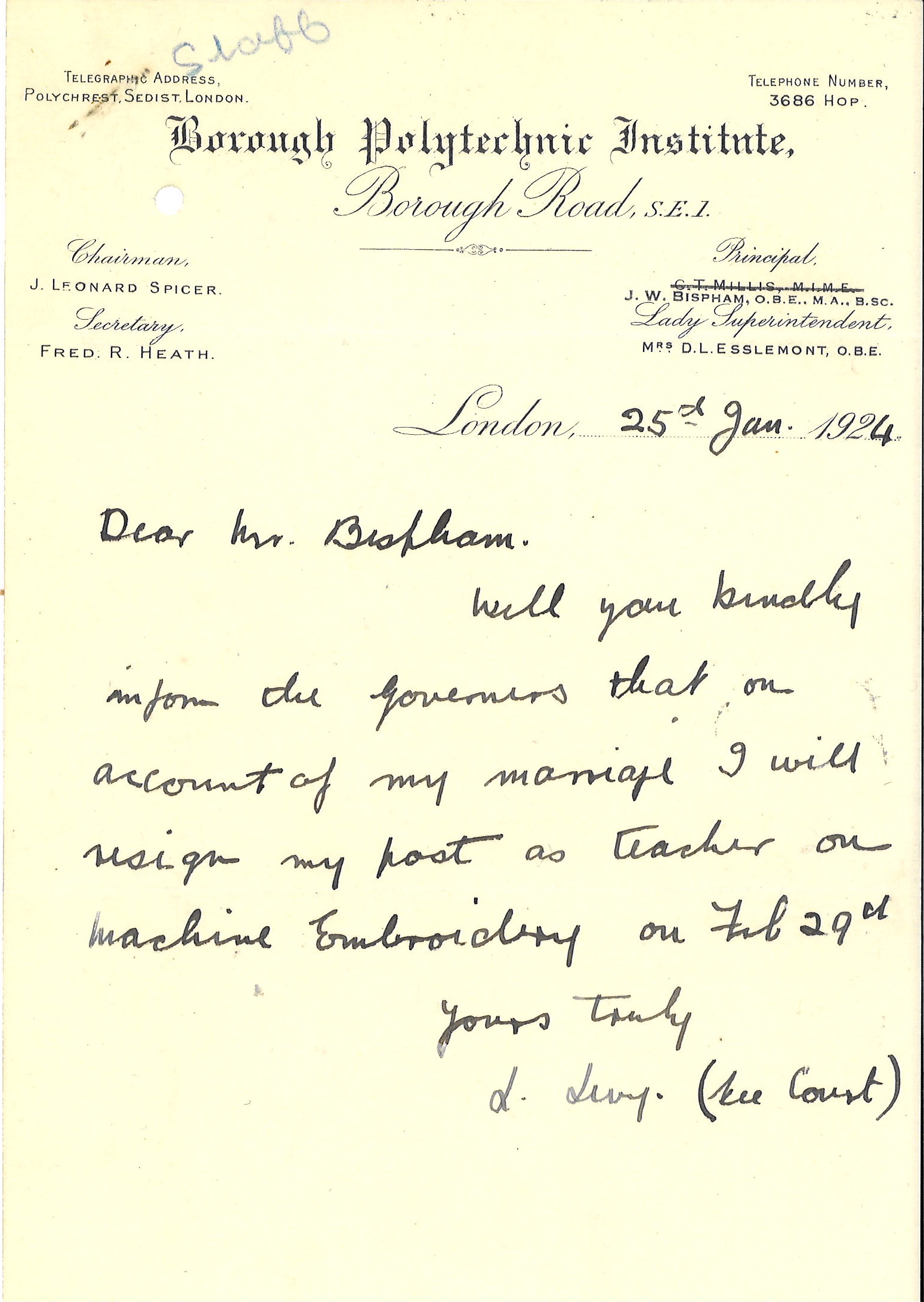 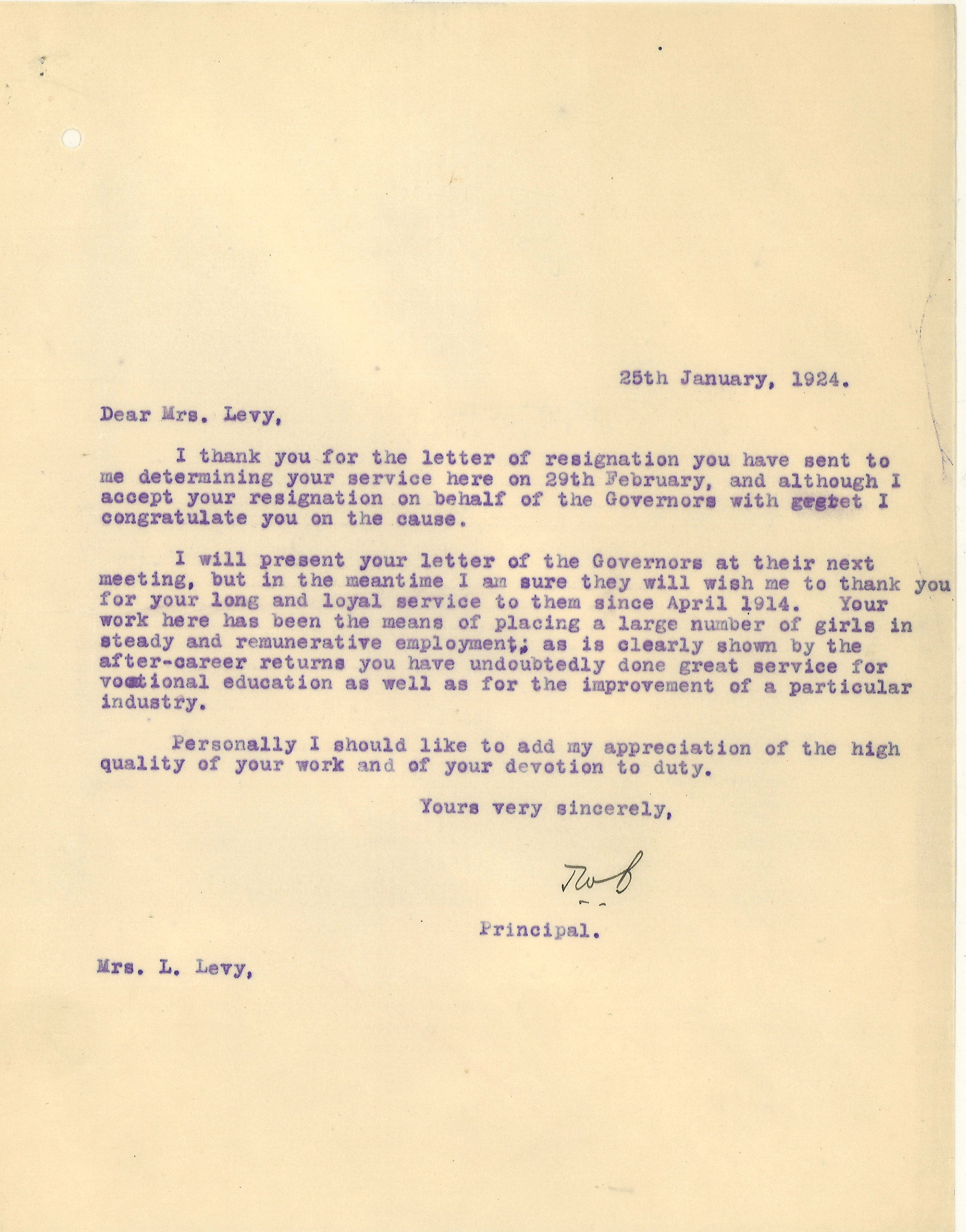 The marriage bar in teaching was not lifted until 1944, making it illegal to ask a woman to resign because she got married.  It was 1946 for the Home Civil Service, and 1973 for the Foreign Service.  Women also had to suffer inequality of pay – salary scales often put women’s wages at 80% of men’s and it wasn’t until 1961 that equal pay was introduced, and then only gradually.  In 1970 the Equal Pay Act was passed, prohibiting less favourable treatment between men and women in terms of pay and conditions of employment.  Inequality still exists in some workplaces, despite that legislation and the 2010 Equality Act – more information on this can be found in the Fawcett Society’s review of Sex Discrimination Law: https://www.fawcettsociety.org.uk/sex-discrimination-law-review-final-report