This Sunday, 8th March, is International Women’s Day and this year there is a theme of “Each for Equal”. We thought that we would look at some of the ways in which LSBU has become more equal for everyone over the years.

In 1892, when we were founded as the Borough Polytechnic, women didn’t have the vote in Parliamentary elections and higher education was largely regarded as being for men. The Polytechnic was founded with the intention of educating both men and women for the world of work, but those worlds looked quite different.

The Women’s section included classes on laundry, needlework and dress-making – all of which were big employers for women in an era before washing machines and fast fashion. But this was a contrast to the technical courses offered more generally, which included brickwork, carpentry and plumbers’ work. Evening classes were open to both men and women, including English, French and Music.

By the 1950s, the separate Women’s Department was gone. The courses it taught were merged into other departments, but the student body was still mostly male. A report on the Polytechnic from 1956 includes some fascinating statistics – not a phrase we’d normally use, but in this case it’s true!

In 1956 the Polytechnic had 3879 students from inner London. Just 809 of them were women, and only 18 were full-time compared to 65 full-time male students. The difference is even more striking for evening students – 1938 men and 520 women – or part-time, which had 1067 men and only 271 women. The figures for students from outside London tell a similar story, and of 191 international students only 34 were women.

The statistics also show the breakdown of employment for evening students. 3298 men were employed and studying at the Polytechnic in the evenings, but only 686 women were. Of those women, nearly half were employed in either clerical or secretarial work. 47 counted their employment as “housewife”, an interesting note of occupation at a time when many didn’t consider that as proper work. 2 women were employed in Radio Engineering, compared to 218 men. In an unusual reversal of numbers, only 1 man was working in photography but 4 women were, one of the few occupations were women outnumbered men – the others were teaching, cookery, secretarial work and needle trades (eg dressmaking).

There are also figures for the numbers on day release from their employers to study which tell a similar story. We’d love to know more about the only two women studying Electrical Engineering on day release out of their class of 489 students, but also what it was like for the 5 men studying Nursing alongside 207 women.

The student numbers today are very different! The 2018-19 statistics show that for full-time study we receive considerably more applications from women, and over half our professors are women. It's a big change and step towards equality, especially when you look at this photograph of our staff from the 1890s. 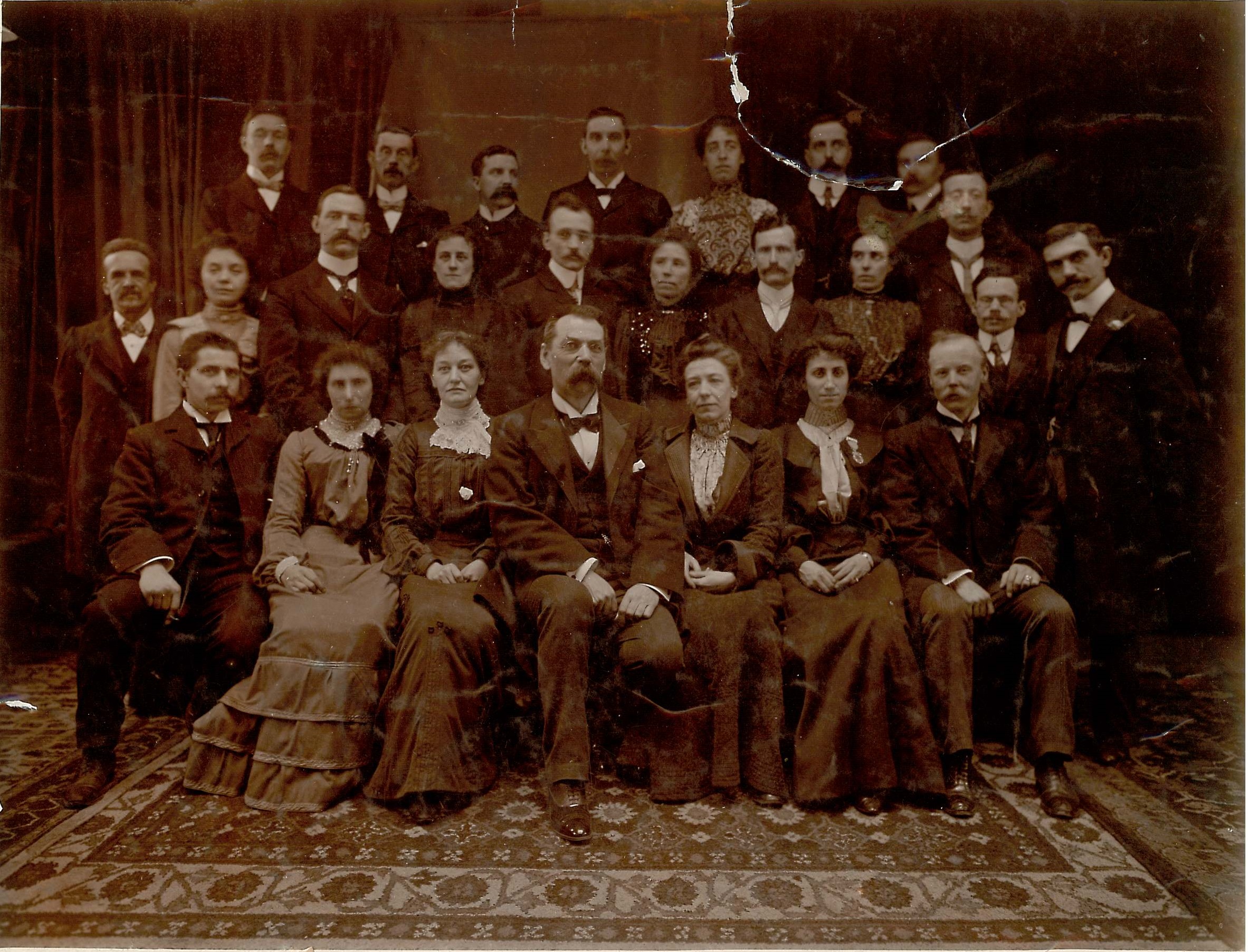